On Sunday July 20th a large crowd travelled from Kerry to Nenagh to support eh Kerry Under14 girls squad in the All Ireland Grade A final versus Mayo, I was told it was the biggest travelling Kerry support for years to an underage final by one of the stewards.

It was some game with Kerry going from five points up with five minutes to go in the first half to five points down five minutes into the second half and turning that around to win by five points.  I dont like to single out girls especially on district lines but the North Kerry girls who played were magnificent epitomized by Sophie Lynch from Listowel Emmets, she never gave up on a ball and was instrumental in setting up several scores for the irrepressable Laobhaise Walmsley from Desmonds.

This was a victory forged in development over the last few years, 20 of the 26 girl panel went to the U12 Cullnane Tournament in Co Clare a couple of years ago and I remember taking a few of them to an U11 tournament the year before.  It was a short journey home form Tipperary and it is my hope that the clubs will learn from this experience and keep sending their players into development squads and trials and county training, it is a win win situation with everybody benfitting.

The Management team were almost exclusively from North Kerry with Rory Killgallen (Mitchels), Frank McLoughlin (Kerins O’Rahillys) and Mick Hanafin (Austin Stacks) doing the necessary since last November and I can tell you they enjoyed the final whistle more than most as it was a dream realised for them and the girls.

Whatever they do in the next while I know they will succeed as they have the selflessness and dedication to make sure that success is a given.

To be honest I am not sure what to do with this opportunity that I have been given, i… 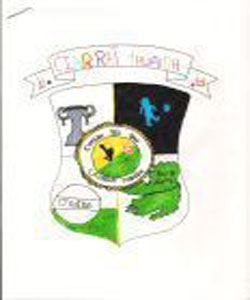